Our next destination was Mesa Verde, Colorado. Mesa Verde is high country, more than 8,000 feet, with the park itself being 2,000 feet higher up than the entrance station at the foot of the mesa. 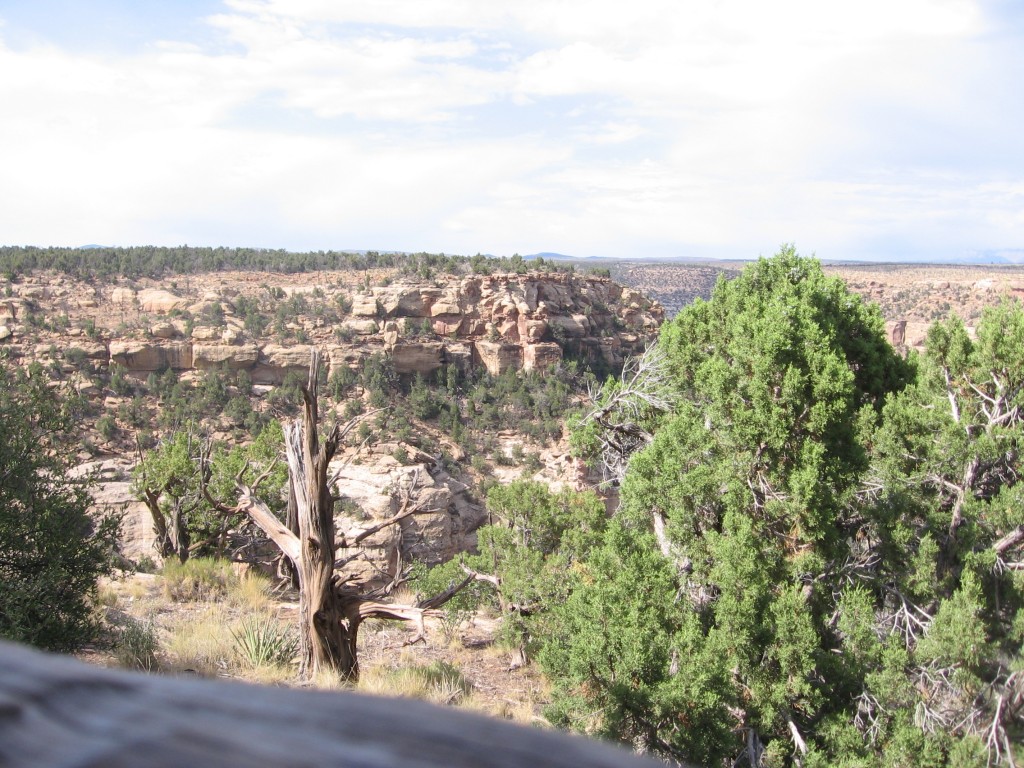 We toured a number of ancient cliff dwellings at Mesa Verde, including Balcony House. While the original residents used toe holds in the rocks to access the structure, the park service has provided us with ladders. Nevertheless, we had to descend on stairs down the side of the mesa and then climb a steep ladder to get into Balcony House. 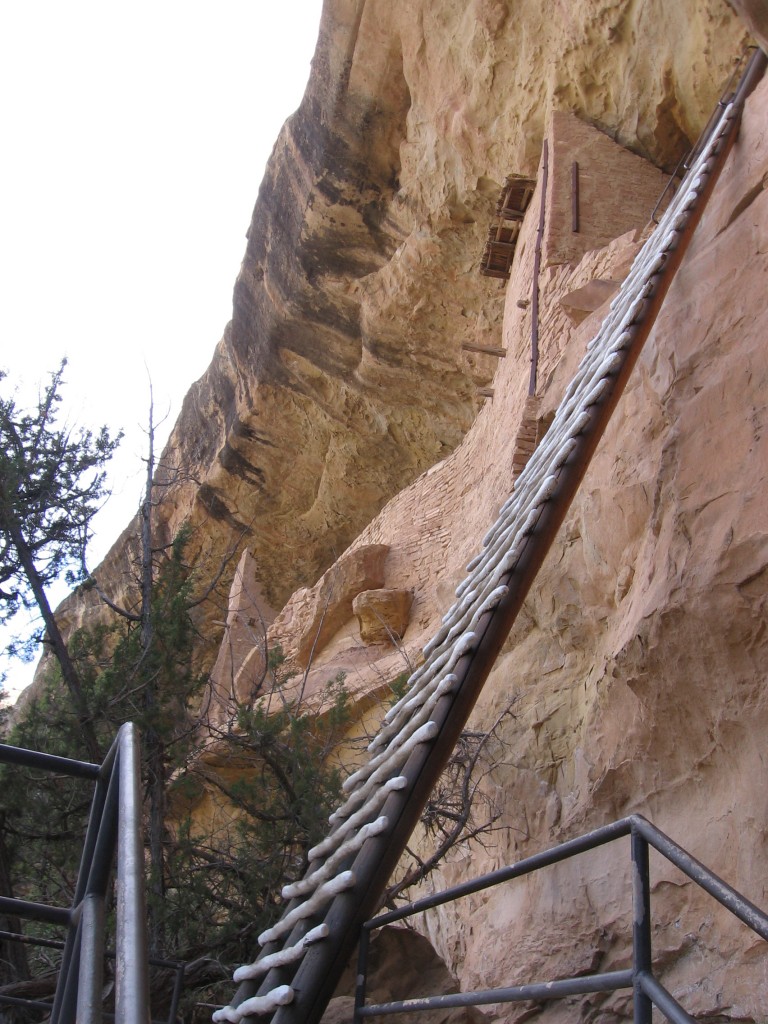 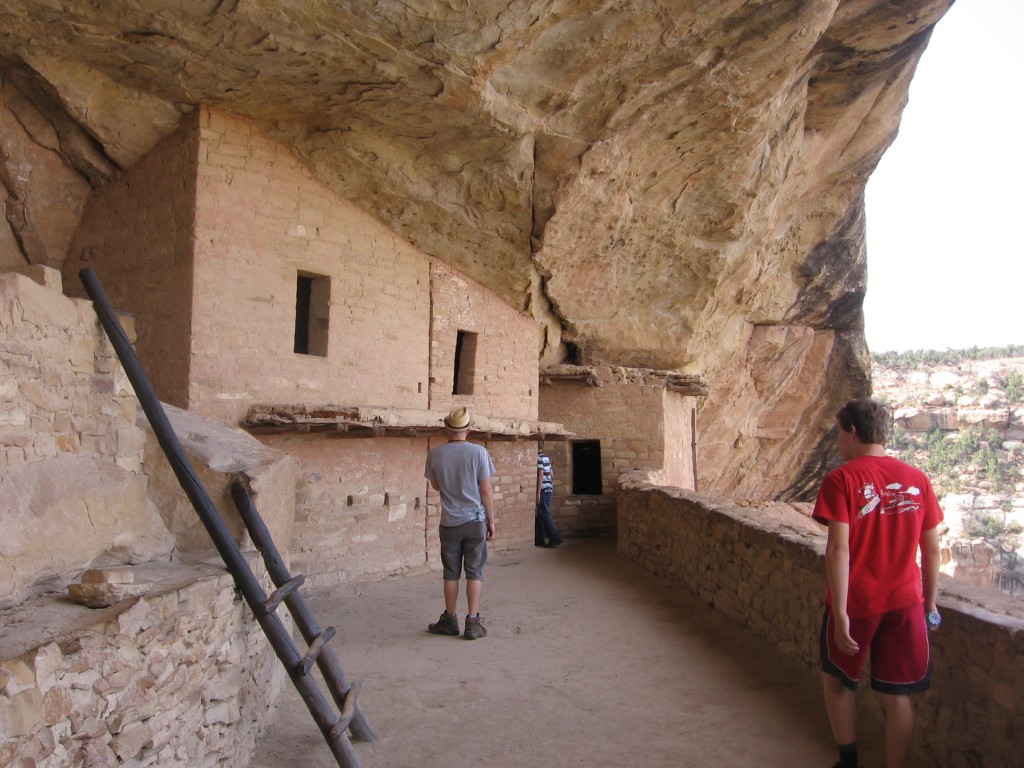 Balcony House hugs the side of the Mesa. 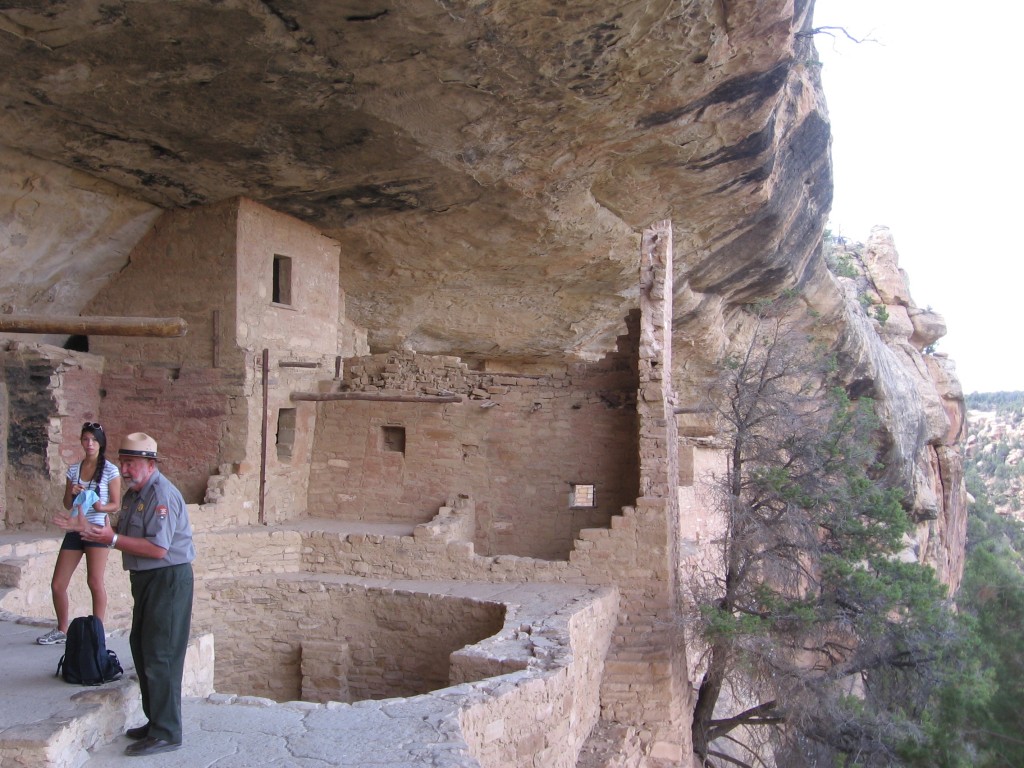 This is what the residents saw looking out from Balcony House. 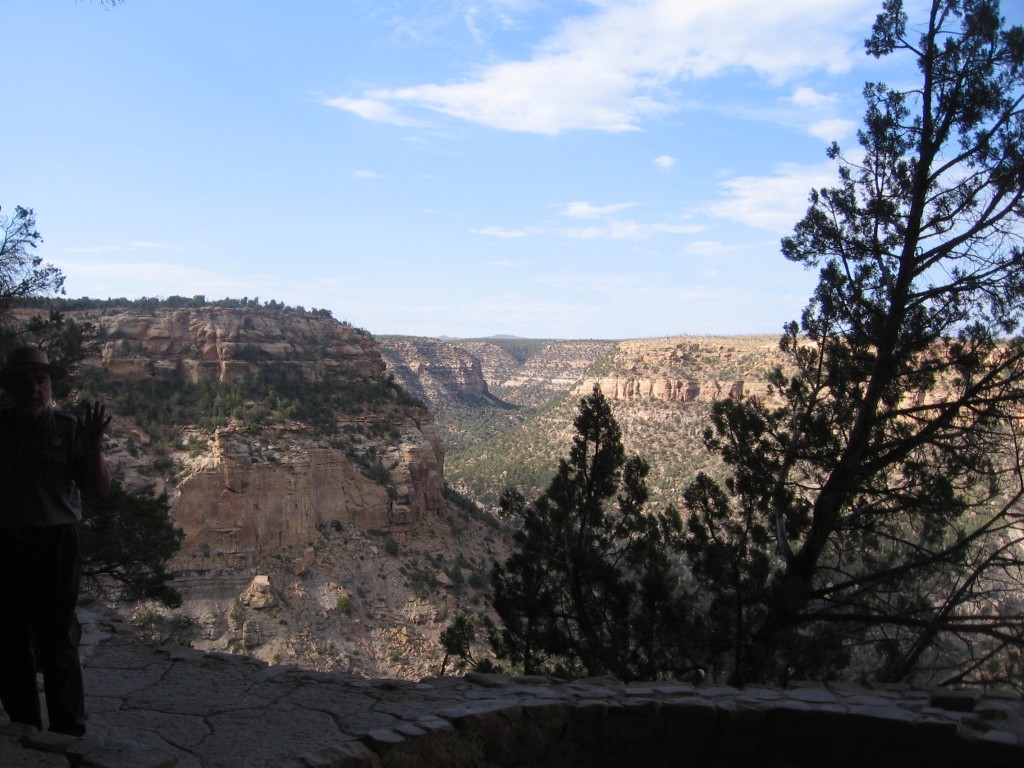 The climb out was steep, using stone steps and ladders added by the Park Service. 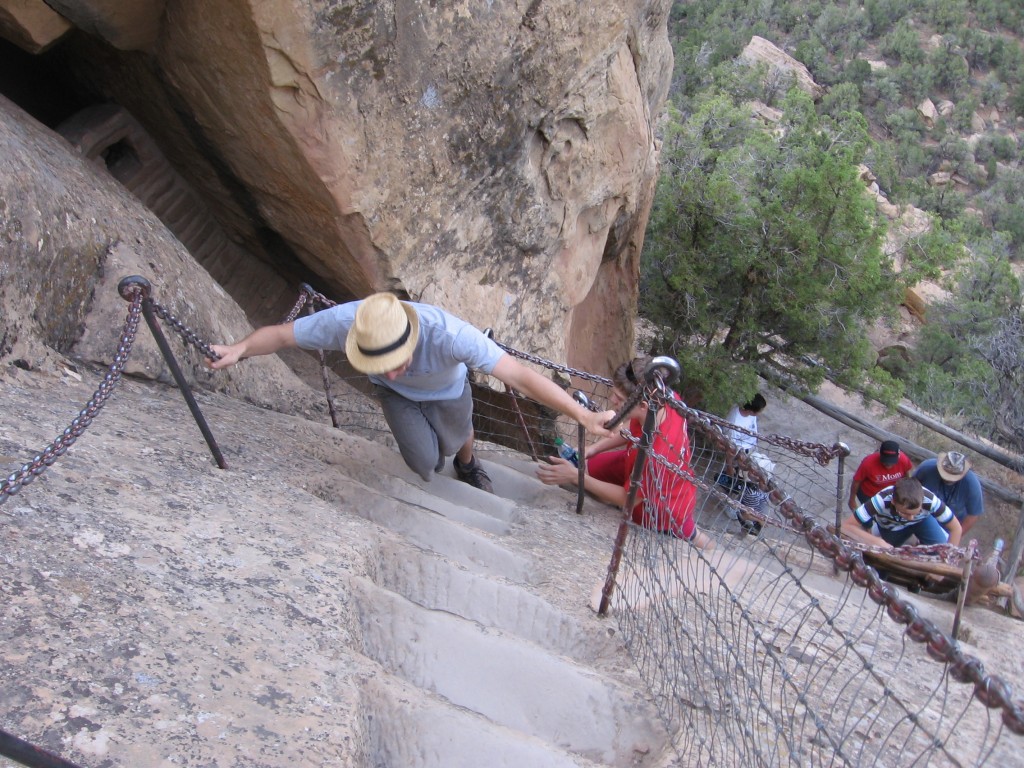 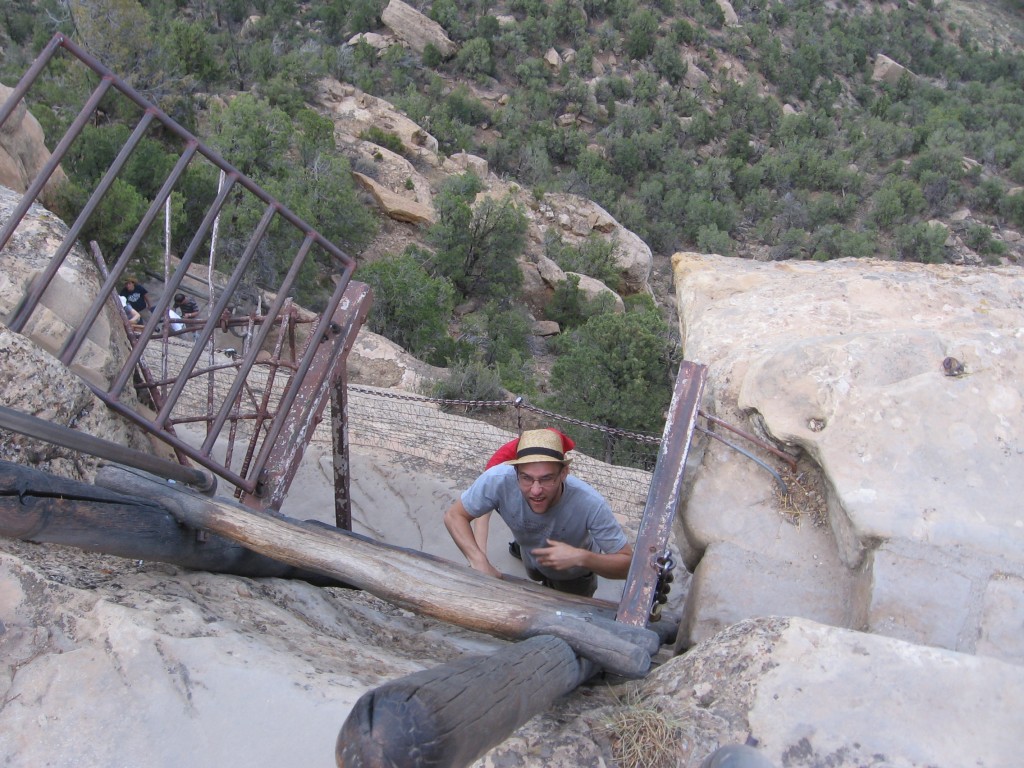 The next day, on our way to tour another dwelling, Cliff House, we drove through a burned out forest. The fire occurred ten years ago, and still there are no new trees. 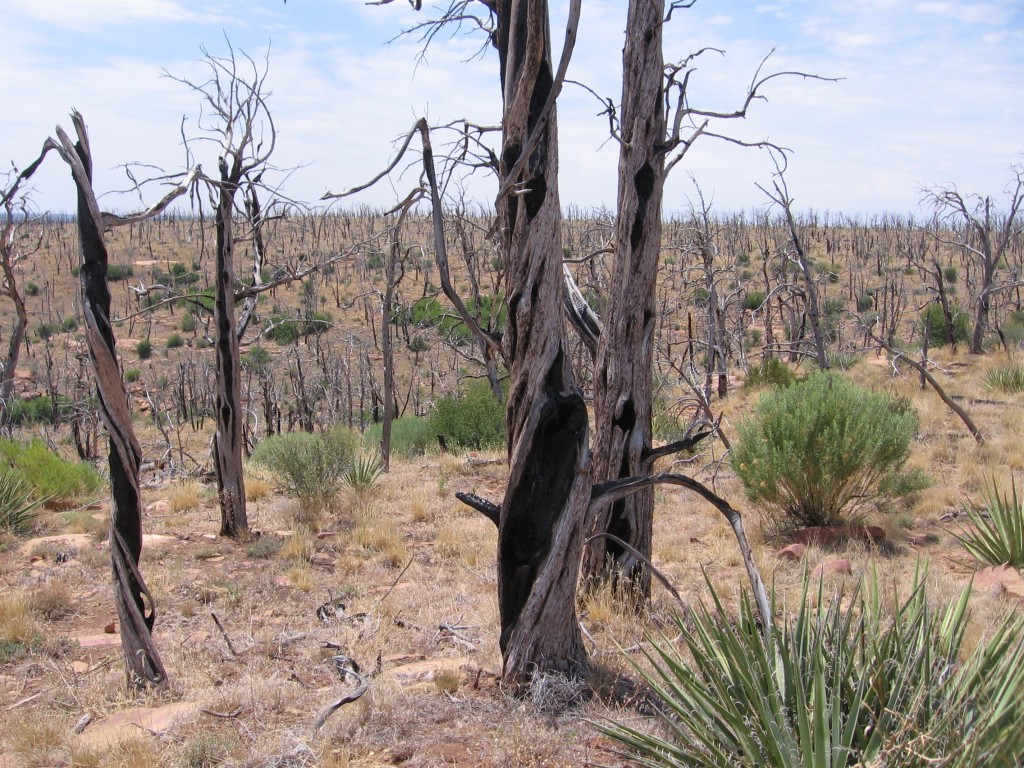 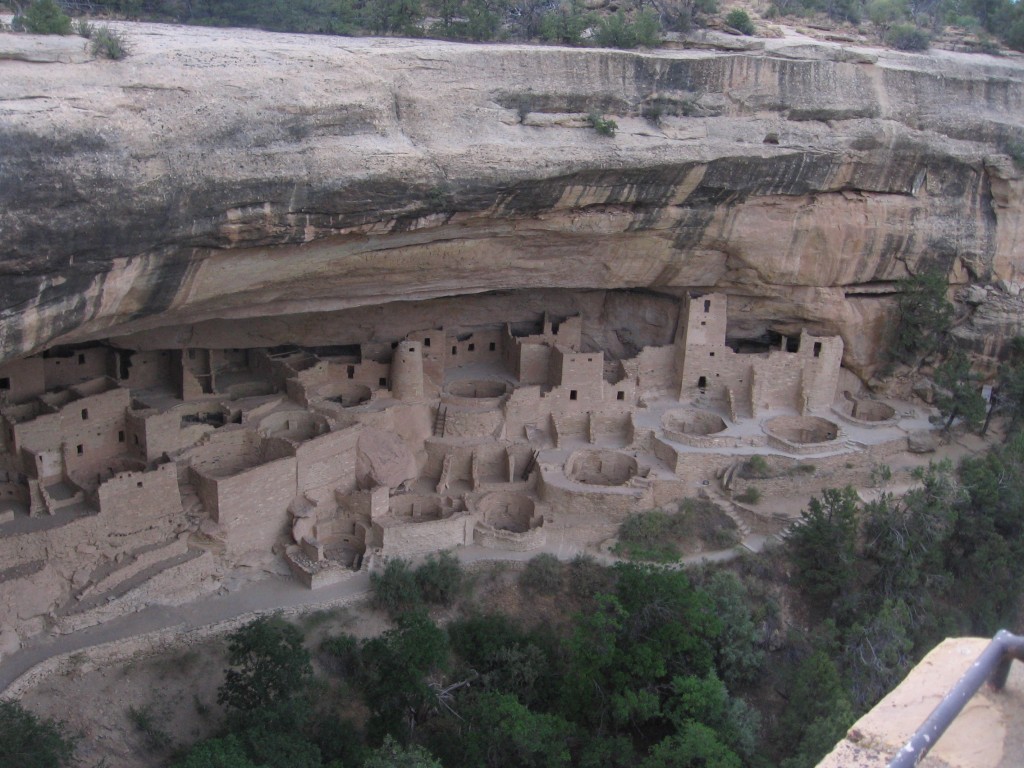 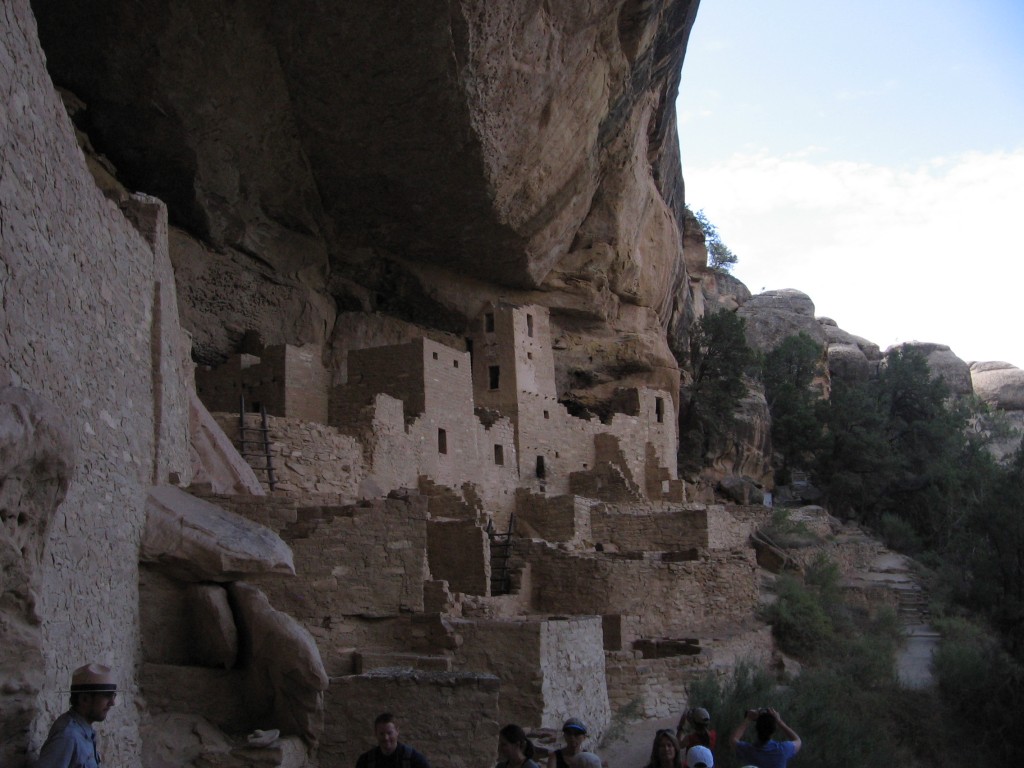 A prominent feature of the cliff dwellings, as well as in the present day pueblo is the kiva, an underground ceremonial chamber. 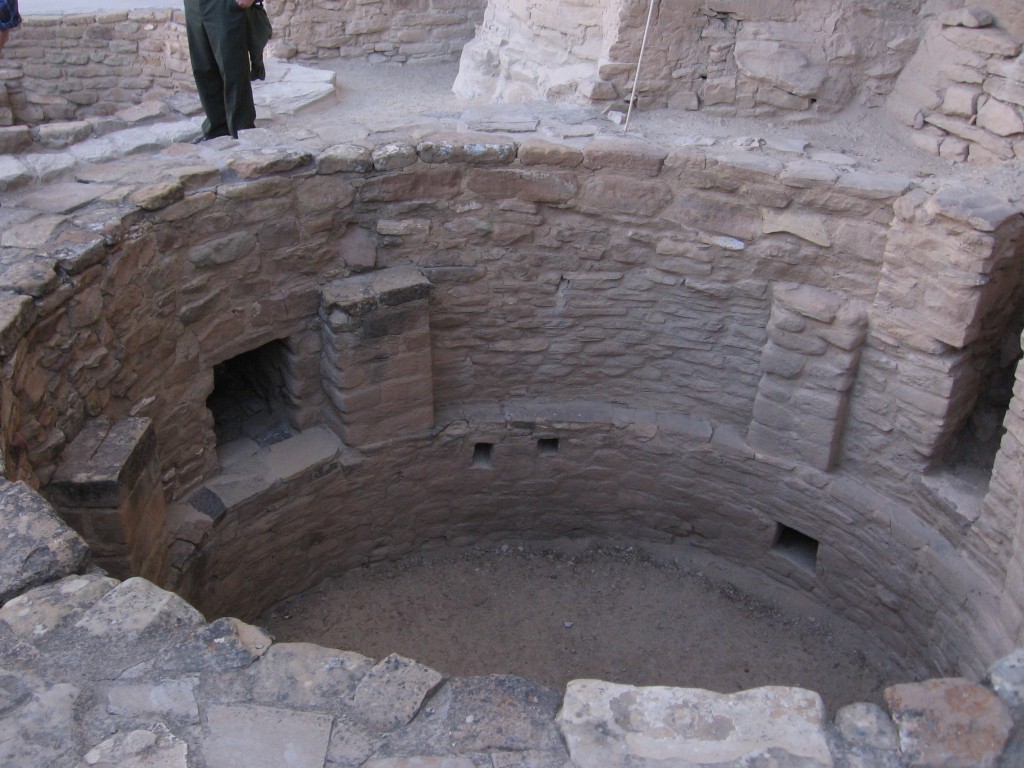 I went inside a restored Kiva at yet another cliff dwelling. 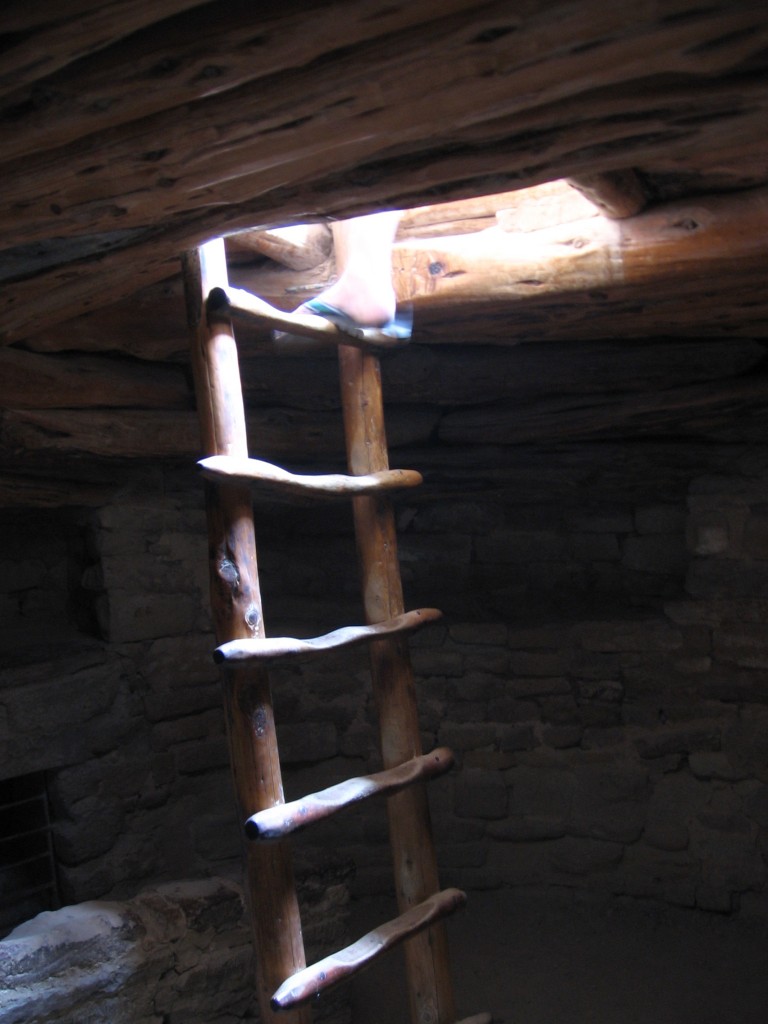 We also visited ruins of surface dwellings, precursors to the present day pueblo. 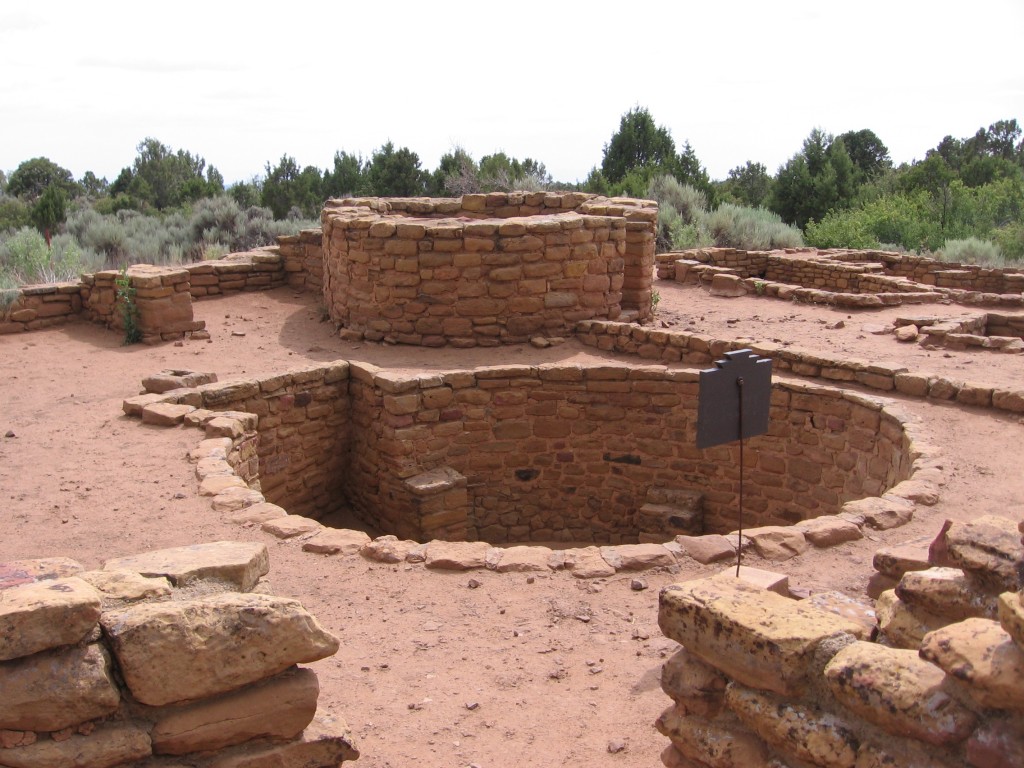 We spent two nights at Mesa Verde, and then took the long drive to the Grand Canyon. 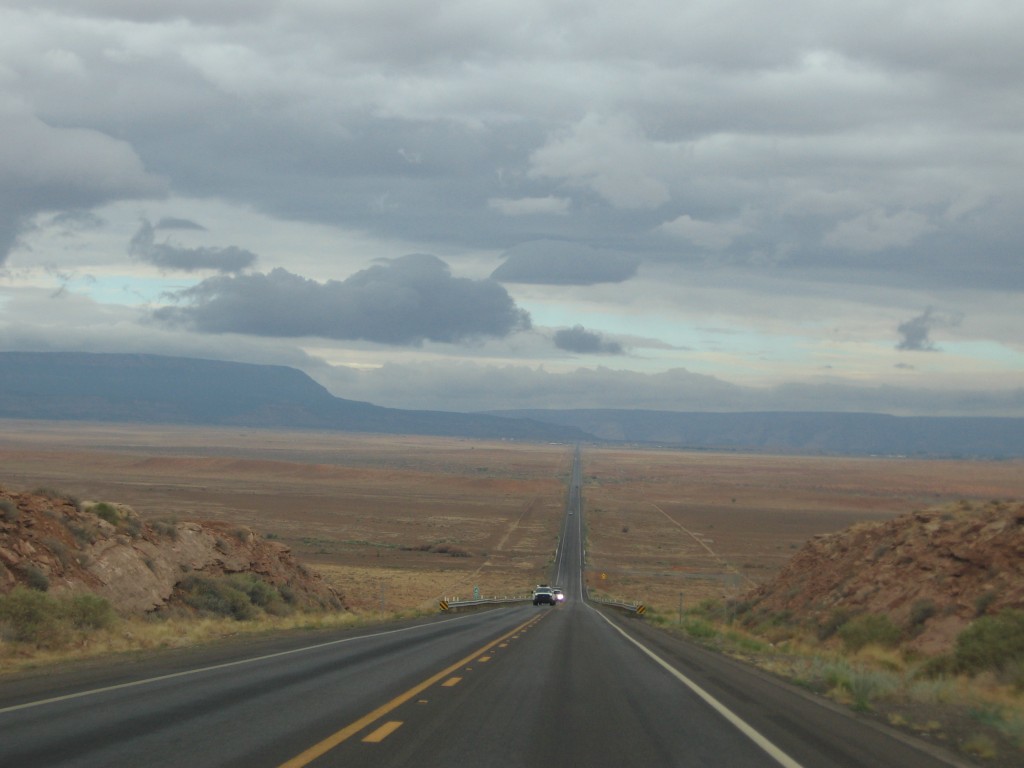 The Grand Canyon is featured in Part 4 of this Travelogue.

One thought on “Part 3: Mesa Verde”